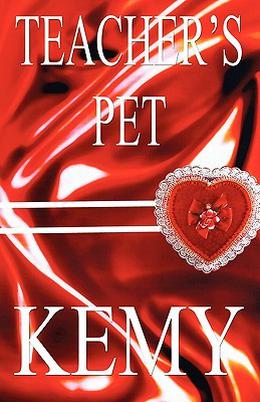 Teacher (An occurrence, idea, or object from which something may be learned). Pet (Cherished by or favorite to somebody). Teacher's Pet is about a woman who relishes her time in developing a variety of feelings for several men who enter her life. A blessed future to the one man who endures to the end. Jo'Nay Abbington: A beautiful, single, second grade school teacher. Heiress to Abbington International Coffees. What a treat for Jo'Nay to have four distinguished gentlemen dueling for an invite into her bed. Four tempting male choices to refuse or indulge in physical ecstasy while deciding on which to choose to leave begging for more, and more, and more. Joshua Stonewell: Hard working and good-looking. Entrepreneur of Josh's Automatic Security Systems. A man who seeks love, not just materialistic rewards. Can Joshua open Jo'Nay's eyes to a life where money comes second to the benefits of life's simple pleasure, real love? Roman Franlinto: Rich and handsome. Headmaster of Washington Enrichment Preparatory Academy. A man who would give his last breath to possess Jo'Nay's soul and her love. Can the elements of virginal passion sustain Jo'Nay to suppress her existence in Roman's bed only? Ian Sanchez: Wealthy, handsome, and physically superior. Self-made billionaire of Sanchez Computer and Software Technology Corporation. A man who tried his heart at loving the first time around and then suspended all future long-term relationships, that is until he meets Jo'Nay. Jo'Nay is the woman who controls the beat of Ian's heart, the tempo of sex, and is a candidate to be his bride. Ethan Reese: Multi-cultured, damn good-looking, has money to lend, and money to burn. A Computer Programmer of Caribbean-Creole descent. Ethan is a man who loves Jo'Nay; however, he has little time to show it. Will Jo'Nay settle for the part time company of a man who is blessed with a great physical endowment, and an unwavering tongue, to satisfy her undercover physical cravings? Teacher's Pet is the story of a woman's quest to find and maintain love, whether it is under the covers, on top of a fluffy carpet, or on a desktop. Join her on an unforgettable journey. Sometimes the choices you make to fill your immediate desires are not the same choices that will sustain your future happiness.
more
Amazon Other stores
Bookmark  Rate:

'Teacher's Pet' is tagged as: