Spirits of the Rock (The Dreaming #3) 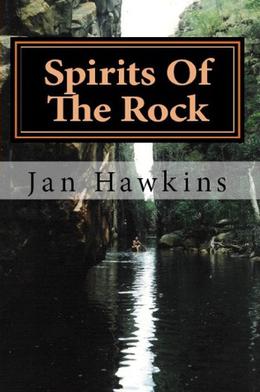 The third book in The Dreaming Series; Spirits of the Rock continues to explore the characters' lives, their loves and the balance of the world in which we all live. It is a blending of modern culture with the ancient spiritual world of indigenous Australians. Learn of the Spirit Creatures of the Dreamtime and about the men and women who are so much part of The Dreaming.

A story in its own right, you journey with Andrew, as he tests the powers of the Australian Aboriginal Shaman, those gifted him in an ancient battle of tribal clans and the Spirit Men. Caught up in the draw between the Lore of the Rainbow Serpent into which he was raised and that of the Wandjina, a Lore belonging to the woman he loves. He must fight to find a balance in his life and the lives of his family before everything he holds dear is destroyed or taken from him.

Step with Tom as he struggles to come to terms with his own emerging strengths and meet Alex, a woman of the Bama who gets caught up in the lives of the two men as they walk through the shadows of the desert and savannah, drawn into its secret places. The story explores the contemporary lives of Australian Aboriginal Shaman who live within a family-based Community in the Northern Rivers region of New South Wales.
more
Amazon Other stores
Bookmark  Rate:

'Spirits of the Rock' is tagged as:

The 'The Dreaming' series

Similar books to 'Spirits of the Rock'

All books by Jan Hawkins  ❯

Buy 'Spirits of the Rock' from the following stores: