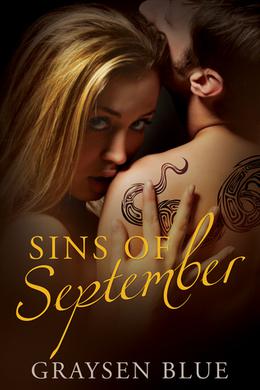 September Dawson is not quite fourteen when her mother takes off, leaving her and her four-year old half-sister Scout, under the care of Jesse Ryan, her much younger husband, and September's step-father.

Shortly afterwards, September is sent to live with her maternal grandparents in Mississippi. Four years pass before she returns to Arkansas, at the request of her step-father, to take care of her younger sister for the summer. It's the summer going into her senior year, and September becomes not only a mother-figure to Scout, but a slow spark ignites between her and Jesse. September is all about fanning the flame; Jesse, however, is all about denial.


This novel is not about taboo sex; this story deals with what some may consider taboo love. September is not the 'vestal virgin' being seduced by a man nearly twelve years her senior the summer of 2010. In fact, September has a bit of a sneaky side when it comes to getting noticed, but in the process, she learns about the man she's come to admire and love, and gets some well-needed lessons about honesty, maturity and sacrifice. "Sins of September" is more than a coming-of-age story. It deals with the complications of life; the reality of abandonment, and the drama and suffering that ensues when others want what you have, and the extent they will go to in order to destroy it. Adult Content.
more
Amazon Other stores
Bookmark  Rate:

'Sins of September' is tagged as:

Similar books to 'Sins of September'

Buy 'Sins of September' from the following stores: