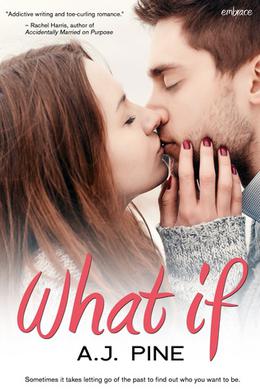 Sometimes it takes letting go of the past to find out who you want to be.

During his semester abroad, Griffin Reed almost gave his heart to a girl who loved someone else. Lesson learned. Now he’s home, where following in his father’s footsteps may not be what he wants, but it’s what his parents expect. It might be taking the easy road, but he doesn’t see a way out.

Something that could have killed Maggie Kendall took away the person she used to be instead. Her condition makes her dependent on sticky notes, photos, and medication just to get through each day. The last thing she needs is a distraction—or someone new to disappoint.

What they refuse to see is they are perfect for each other. Maggie makes Griffin want to be a better man, and he makes her believe a future is possible. But these two have to find a way to share the secrets ripping them apart, if they’re ever going to have a chance at happiness.
more
Amazon Other stores
Bookmark  Rate:

Similar books to 'What If'

Buy 'What If' from the following stores: