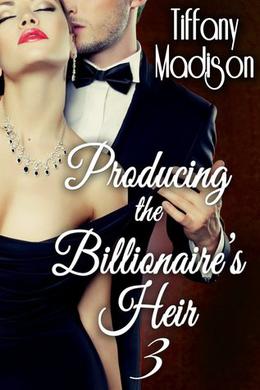 Life was great, up until the day that Mr. Powers and I got into a huge argument. I had been invited by an old friend to attend prom, but Mr. Powers wasn't going to let me go. He thought that if I continued to associate with my old peers, that somehow I would end up wanting to go back to that life.

That wasn't the only thing upsetting Mr. Powers, though. He was still angry about the fact that I had not yet produced an heir for him.

When an old high school friend, Rachel, decides to stop by the mansion uninvited, Mr. Powers is angry…at first. It isn't long before I realize his attraction to her and I decide to use it to my advantage. How far will I go to get what I want? Will I let Mr. Powers have his way with Rachel in order to gain some of my freedom back? Will Mr. Powers finally get the heir that he wants so badly?

'Producing The Billionaire's Heir 3' is tagged as:

The 'Producing the Billionaire's Heir' series

Buy 'Producing The Billionaire's Heir 3' from the following stores: