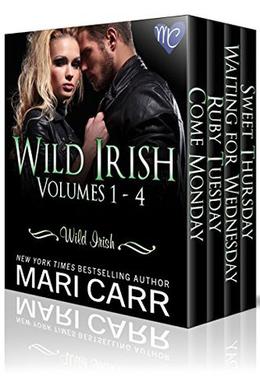 After the death of her mother, Keira Collins became a surrogate parent to her six younger brothers and sisters, her own dreams put on hold. Now, at twenty-seven, she’s finally pursuing a college degree. Between classes, working at the family pub and still tending to siblings, she’s no time for romance. So why is she spending all her rare free time fantasizing about hot Professor Wallace bending her over his desk?

Teagan Collins has never aspired to fame and fortune. She’s content taking care of family, friends and neighbors, and singing in her family’s pub. Working on an album with Sky tests her patience…and her libido. The hot rocker plays her body like a fine instrument, their desire deepening with each song they write.

Tristan Collins knows Lane Bryce is strictly hands-off. She’s smart, funny, kind…and married. But he still looks forward to her once-a-week visits to the family pub where he tends bar. When she fails to arrive one Wednesday, Tris is concerned. When he learns she’s in the hospital, brutally beaten after attempting to leave her unhappy marriage, he’s enraged. Tris vows to protect her, but doesn’t get the chance—Lane checks out of the hospital and disappears without a trace.

A year later, newly divorced Lane is back, and enjoying her independence too much to embark on a relationship. Tris intends to prove she can have freedom and love, and he’s not above using seduction to do it. The more she resists, the more he sets her body ablaze with a pleasure she’s never known.

In high school, Lily was too shy to do anything about her feelings for her best friends, Justin and Killian. Now she’s ready to put to rest her regrets with a proposal that might shock even her oversexed friends—the three of them, together, one night, multiple positions.

K and J are more than a little surprised to see Lily at their ten-year reunion. The plain Jane they remember is now a stunning woman—who wants to have sex with both of them. Who are they to deny her?

All books by Mari Carr  ❯