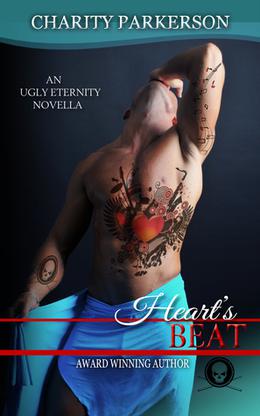 By day, Cade works as a mechanic. By night, he’s the drummer for a popular nightclub band. Music has always been his greatest love and biggest dream. That is, until Cade meets Dylan.

For Dylan, working as head bartender for Club Khronos is the ultimate job opportunity. There’s no way he could’ve foreseen how torturous the position would become. Six months of craving Cade has driven Dylan insane. No matter what he tries, Dylan can’t get a clear read on Cade. When Cade does finally make his move, Dylan realizes a fate worse than never having the man of his dreams—being kept a secret.
more
Amazon Other stores
Bookmark  Rate:

'Heart's Beat' is tagged as: