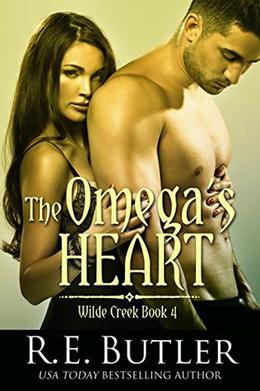 Jeremiah Kincaid has spent most of his life on the outside looking in. Unable to shift even though he is a full-blooded wolf, he is forced to be an omega in his pack, looked down upon by his fellow pack members. No male wants him at his back in a fight; no female wants him in her bed. He finds himself reaching the limit of what he can tolerate and makes plans to leave the pack.
Honey Williams’ alpha father has been acting strangely ever since she turned twenty-five, and as the January full moon draws near, she begins to feel like something is going to happen to her. Something bad. She decides to leave town before whatever bad thing is heading her way reaches her. As the full moon looms near, she knows she needs to find a place to stay so she can shift and hunt before she moves on in her attempt to get away from whatever plans her father is making for her. When she arrives in Wilde Creek two days before the full moon, she sees a small town with lots of woods to hunt in and knows she’s found a temporary place to stay. To ensure her father can’t order her home for the full moon, she disables her car, getting help from a friendly she-wolf and a handsome tow-truck driver.

When Jeremiah fakes illness to avoid the full moon preparations, he never expected to be sitting on his back porch that night and have his life change forever. One look at the sultry beauty who shifts in his yard and he knows he’s in the presence of his mate. Honey’s father demands she return home, and the truth of his betrayal is revealed. Jeremiah is determined to keep Honey safe and keep her forever. He might not be able to shift, but he’ll do anything in his power to protect her.

When a non-shifting wolf and a beautiful she-wolf get together, expect scorching sex, ripped clothes, and furniture broken in the heat of passion. Contains m/f interaction.
more
Amazon Other stores
Bookmark  Rate:

'The Omega's Heart' is tagged as:

Similar books to 'The Omega's Heart'

Buy 'The Omega's Heart' from the following stores: