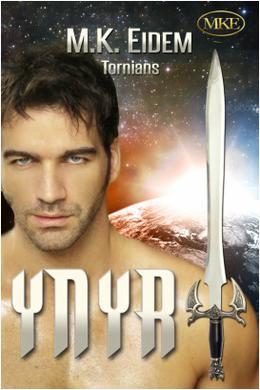 Ynyr was a third male and while he was a fit and worthy Warrior, he had always known that no female would ever Join with him. His mother’s refusal to leave his manno had most looking down on his family. He knew Ull would be able to overcome this because he was a first male and would one day be a Lord. Maybe even Vali, since he was a second male but neither Ynyr nor his younger brother Zev would ever be acceptable to a female. The most they could hope for was to serve their House with honor. That all changed with the arrival of the females from Earth.

Abby’s life had not been an easy one, especially after the death of her family when she had been sixteen but she had thought things were finally looking up. She was a year away from achieving her dream of becoming a teacher and soon she would be making a difference in the lives of children others had given up on. That all changed when she worked a double shift at the library to help a friend.

Ynyr and Abby come together in the most unusual of ways but that is just the beginning of the uniqueness of their relationship. Together they must do something no other Lord and Lady have ever done, make their House the shining example the Emperor demanded it be, out of one that has been destroyed by deceit and evil.

Will the secrets left behind by Bertos and Risa tear them apart? Or will it be Abby’s own secrets and Ynyr’s reaction to them that do?
more
Bookmark Rate Book
Amazon Other stores

Buy 'Ynyr' from the following stores: