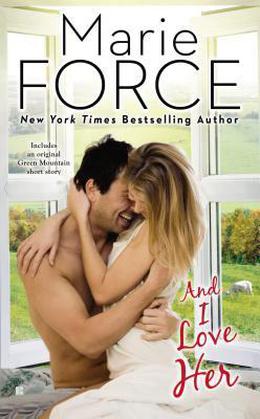 And I Love Her (Green Mountain #4)

As the oldest of the ten Abbott siblings, Hunter prides himself on his ability to solve other people’s problems, but now he has a problem of his own—how to convince the woman of his dreams that his love is for keeps.

As the chief financial officer, Hunter Abbott manages the family’s various business interests while “fixing” things for the people he loves. But the one thing he can’t fix is his undeniable attraction to Megan Kane. Instead, Hunter is prepared to do whatever it takes to show Megan that he’s the man for her.

Megan’s sister rocks her with the news that she and her husband are moving overseas, leaving Megan truly alone. With her sister—and her job at the diner—going away, Megan finds herself leaning on the sexy, button-down accountant who isn’t afraid to lay it all on the line for her. But Megan has watched too many people she loves leave her. Can she risk her heart on Hunter?
more
Bookmark Rate Book
Amazon Other stores

Similar books to 'And I Love Her'

Buy 'And I Love Her' from the following stores: