Wanted: Bride (Brides of the West #4) 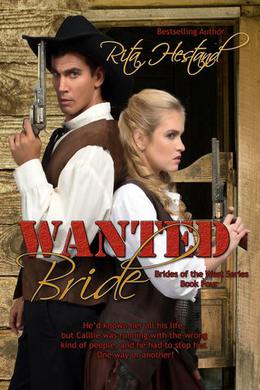 Callie Evans had been running with the wrong kinds of people. She was seen frequenting the Boggs house. But what no one seemed to realize was exactly how sick
Mrs. Boggs was. Callie cared for Mrs. Boggs. But she knew that Joe Boggs, her son was wild and prone to get into mischief. She had no idea that day that Joe and his friends planned to rob the bank in Hard Knocks. Not until they returned, bragging about it. Now she was in real danger.

Gil Sutton had a soft spot for Callie. He had since she was twelve and nearly drowned.

Somehow he had to protect Callie, because Joe was definitely after her when she offered to turn the bank money in for Joe's mother. Gil had to keep her safe and his own heart too!
more
Amazon Other stores
Bookmark  Rate:

'Wanted: Bride' is tagged as:

The 'Brides of the West' series