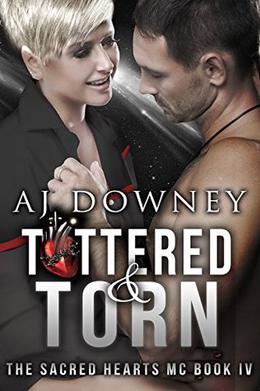 One catastrophic night, Shelly Jordan's world was ripped to shreds. Now, living in an isolation of her own making, she's slipping away from everything and everyone she once loved. She can't piece the remnants of who she was back together with who she is now. Shelly can barely get through the next hour, let alone the whole day, and no one blames her for it. She tells the world she's fine, afraid to lose the only family she has. After all, there's no place in an MC for a used up club whore who can't bear to be touched.

Ghost has had a thing for Shelly since first laying eyes on her. Still, Ghosty-boy don't share, and as a club slut, Shelly gives it up to whoever asks. If only she'd knock off her slut-tastic ways... But now she's hurt and he's torn in two. If he'd been less of a jackass, she wouldn't have run from the safety of the fireside - his side - that night. Ghost feels responsible for the horrible things he said that drove her into the predator's hands. Now he wants to man up and make it right.

Can Ghost stitch Shelly back together again when all he's ever really been good at is ripping things apart?
more
Amazon Other stores
Bookmark  Rate:

'Tattered & Torn' is tagged as:

The 'The Sacred Hearts MC' series

All books by A.J. Downey  ❯