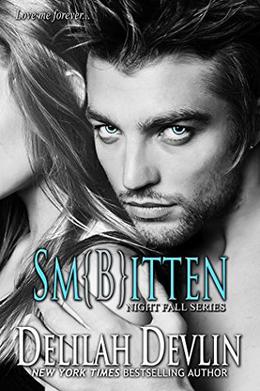 Emmy Harris knows she’s not perfect. She has a little extra padding and isn’t the brightest bulb, but you’d think she was a sexy rock star the way everyone at a certain night club treats her from the moment she walks through the door. In fact, the two sexiest men there can’t seem to keep their hands off her, until one of them sweeps her away to his private domain. A girl like her isn’t going to waste a chance like that! So he’s a little rough and likes to take a nibble or two while he pleasures her. For a girl who didn’t know she’d never experienced a full-blown orgasm before, Dylan’s eccentricities are delicious!

Dylan O’Hara only wants a night of passion to slake his lusts, but finds Emmy is a full-bodied, red-blooded siren whose innocence and humor draw this Master vampire like a moth to a red-hot flame. When Emmy attracts the attention of a serial-killing vampire, Dylan vows to protect her, but he fears he’ll lose Emmy once she discovers he’s not human.
more
Amazon Other stores
Bookmark  Rate:

Lawless
Lawless
(Cowboys on the Edge #5)

Buy 'Sm{B}itten' from the following stores: