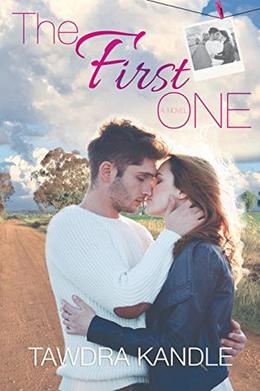 Ali and Flynn were high school sweethearts. Eager to see the world and leave behind their small Georgia hometown, they’d planned for an exciting new life together after they finished school.

But on graduation day, only one of them hit the road.

Eight years down that road, an unexpected loss brings Flynn home again. He’s a big-shot photo journalist, and he’s made most of his plans reality. But he’s done it alone. Is it too late for his biggest dream to come true?

Ali’s spent those years working hard, raising a daughter and helping her brother keep their family farm alive. Thinking about Flynn and what might have been is a pain she tries to avoid. . .even when it’s impossible to forget.

Flynn’s return brings back feelings Ali thought were long dead and hopes she’d abandoned. Finding their way back to each other will change them forever, opening old wounds and stirring up memories.

Can the first love be the one that lasts forever?
more
Amazon Other stores
Bookmark  Rate:

'The First One' is tagged as:

The 'The One' series

Similar books to 'The First One'

Buy 'The First One' from the following stores: