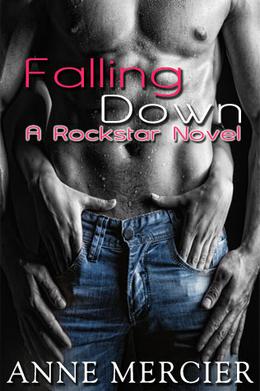 I was twelve when I started crushing on him.

I was seventeen when I met him by chance and our connection was made.

Now here I am, twenty-three, and I'm one of the two actresses in the video for his band's latest single.

Jesse Kingston is a tall, dark, and gorgeous temptation I'm finding hard to resist. It ends up not being as simple as doing a job and going home. It can't be when he continually makes his presence known with his not-so-innocent touches and sexy words. There is no avoiding him and after spending so much time with him, I'm not sure I want to.

So, when he proposes a weekend together, knowing I should say no, I throw caution to the wind and instead I say yes. I'm going to ignore the warning signs and do what I normally wouldn't--I'm going to give in to my desire. I'm going to indulge my fantasies and give this sexy rocker what he wants and something he won't forget--me.

Similar books to 'Falling Down'

Buy 'Falling Down' from the following stores: