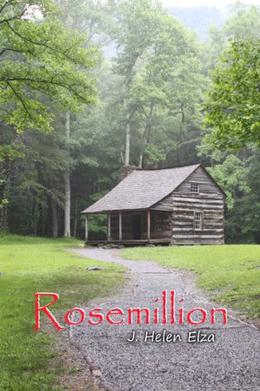 Remember fairy tales? They're back.... The strangers came first for the timber. Next they came for the coal. Now, they've returned-for Widows Hollow. Pick McKinley is cursed with a fear of strangers. The strangers taunt mountain people and call them Hillbillys. Now, newly orphaned, illiterate, and impoverished, Pick must leave her mountain home and go among the strangers in town to find work if she and her younger siblings are to survive. Maybe it won't be so bad. Her mama had worked among them, cleaning and mending. Pick could not have been more mistaken. Her first encounter with Dr. Stephen Stalworth, Ashford's favorite son and one of its wealthiest, most powerful citizens, almost cost Pick her life and would have but for intervening fate and her rescuer, Jan Vandeventer, the handsome Bluegrass Son of wealthy, world famous horse breeders. Pick is no hillbilly. She's a survivor who has survived against all odds. She must save herself, her siblings, and her community from Stalworth who has vowed to destroy them and she must do it with the only weapons she possesses; faith, and a fairy tale-- called Rosemillion. In her debut novel, J.Helen Elza has crafted a tale of struggle and survival that transcends reading. Rosemillion is a tale to experience and Widows Hollow, despite its poverty, is a place you will want to return to time and again; To fish with the feisty and unapologetic mountain man, Samuel Llewellyn Simpson, "Stump"; "Pay 'em no mind, Miss, they's hollower 'n a cane pole and not nearly so useful." Or to laugh at the fiery- tempered Early Mae, "Mama- John Johnson"; "What is you up to, Old Man? You a'grinnin like a possum in a hen house!" Or to commiserate with Jan who is caught between his world of ivy-league universities and world champion thoroughbreds and her world of illiteracy and poverty; "Jacques, if you want to end our friendship here and now, you call her a hillbilly one more time! I'm sick of it! You and any one of the rest of our so-called peers pick a label, any label, and it's official! Margaret and Victoria call Pick a hillbilly, so she's a hillbilly, right?" Or to grab your hanky and sob or to stand up and shout for sixteen-year old Pick McKinley; "You may call me white trash and hillbilly. You may hate me and my kind, BUT YOU AIN'T GONNA CAUSE THAT LITTLE BABY TO BE A DYIN!" Written as a woman's novel, Rosemillion also appeals to men: "I really did enjoy reading the book and thought Ms. Miller did a wonderful job of placing the reader in the moment. Also, her character development is superb. I've told friends that I never found myself bored reading Rosemillion as I often do when reading other books. Jerry Snow USN Retired Rosemillion will leave you cheering and wanting more. Fortunately, there is more. Rosemillion is book one in J. Helen Elza's Appalachian Trilogy. Look for book two "Return to Widows Hollow," and book three "The Red Amaryllis," coming soon to book stores and kindles near you.
more
Amazon Other stores
Bookmark  Rate:

'Rosemillion (The Appalachian Trilogy)' is tagged as:

Buy 'Rosemillion (The Appalachian Trilogy)' from the following stores: