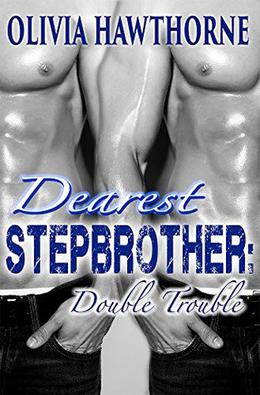 Since the first day she could remember, Kelly had been picked on by identical twins, Alex and Asher. They followed her through every school year, tormenting her as much as they could until they were re-zoned for different high schools. Kelly was ecstatic that she would no longer see them at school and looked forward to a happy last four years.

During the summer, Kelly's mom tells her that she is dating a new man and they're taking a family vacation. As it turned out, the man her mother was dating was the father of the evil twins.

When their parents married her mother, the twins picked on her more, constantly teasing their new stepsister.

Three days after her eighteenth birthday, and on Homecoming night, an event happens that changes everything between them and Kelly learns that there's more to the twins than meets the eye.

To stay up to date on new releases, join the mailing list for Olivia Hawthorne at http://eepurl.com/bfbvp9
more
Amazon Other stores
Bookmark Rate Book