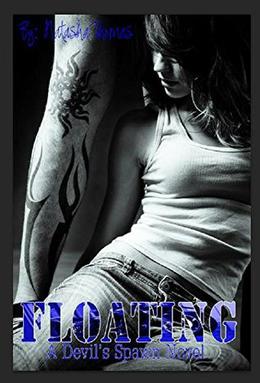 Floating was what Veronica May Stevens had been doing for the past eight years.

Feeling cast adrift and unsure how to re-engage with the world around her, everything changed in the blink of an eye when she received a soul shaking blast from her past.

Nathaniel 'Arrow' Burke felt alone, confused, and angry since he lost his sunshine.

Running into Veronica, HIS Ronnie, at Rough Shod was the last thing he expected, yet as soon as he saw her his world began to make sense again.

Nothing is ever as simple as it seems, however...

Revenge, manipulation, lies, and secrets damage even the strongest relationships for Arrow and Veronica; turning what should be a clear decision into a foggy, unknown path.

Follow Arrow and Ronnie as they learn to forgive and heal. Discover how decisions from a long time past cause more suffering and heart wrenching consequences as the couple face the future.

Can they overcome the shock and scandal they will soon face, or will their reunion be doomed from the beginning?
more
Amazon Other stores
Bookmark  Rate:

'Floating' is tagged as:

Buy 'Floating' from the following stores: