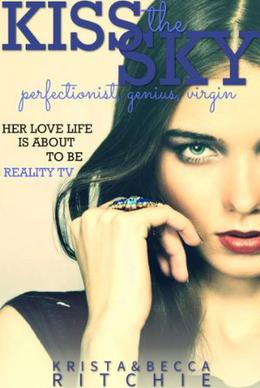 Virgin. Sex addict. Daredevil. Alcoholic. Smartass … Jackass. Her five friends are about to be filmed. Reality TV, be prepared.

Rose Calloway thought she had everything under control. At twenty-three, she’s a Princeton graduate, an Academic Bowl champion, a fashion designer and the daughter of a Fortune 500 mogul. But with a sex addict as a sister and roommate, nothing comes easy.

After accepting help from a producer, Rose agrees to have her life filmed for a reality television show. The Hollywood exec is her last chance to revive her struggling fashion line, and boundaries begin to blur as she’s forced to make nice with a man who always has his way.

Twenty-four-year-old Connor Cobalt is a guy who bulldozes weak men. He’s confident, smart-as-hell and lives with his equally ambitious girlfriend, Rose Calloway. Connor has to find a way to protect Rose without ruining the show. Or else the producer will get what Connor has always wanted—Rose’s virginity.

Similar books to 'Kiss the Sky'

All books by Krista Ritchie  ❯

Buy 'Kiss the Sky' from the following stores: