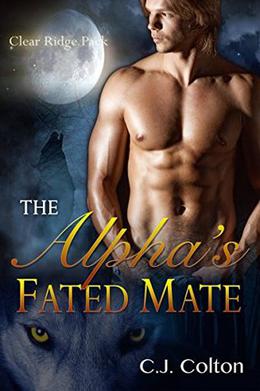 It was only meant to be one night. One night for the omega who’s loved the big, powerful alpha ever since the pack merger two years ago, and one night for the alpha who’d given up on finding his destined mate and wants to sate his lust, hard and rough, with the little omega whose presence has always intrigued and aroused him.

Wyatt has spent nearly a century searching for his fated mate only to come up empty and now there’s no more time. The future of the Clear Ridge pack depends on the alphas breeding and replenishing the pack numbers, and he’ll do his duty even if it means giving up his search. He just never expected that the one night with the omega would produce an irrevocable bond between him and Seth, and as the wolf swells with his pups, he realizes that he wants more than just one hot, intense night with him.

'The Alpha’s Fated Mate' is tagged as:

All books by C.J. Colton  ❯

Buy 'The Alpha’s Fated Mate' from the following stores: