Wolfsbane (Tales of a Traveler #2) 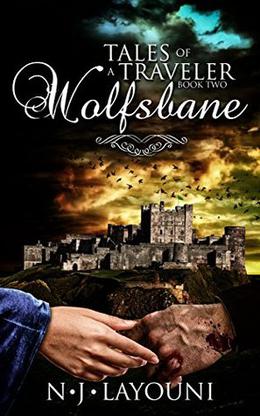 Losing the twenty-first century was bad enough, but Martha Bigalow's situation is about to become a whole lot worse.

Only days after her marriage to Vadim—a handsome outlaw stalked by grim shadows of the past—Martha is captured by his arch nemesis, the evil Earl of Edgeway.

While awaiting her fate in a dank dungeon beneath Edgeway's castle, Vadim’s twisted foster brother— Anselm—offers her a way out, an alternative to a tortuous and painful death.

Forced into a life of deceit, Martha discovers friendship where she least expects to find it, even within the stronghold of the enemy, and by the time war descends on Edgeway, the boundary between black and white—between friend and foe—is less distinct.

As the castle braces itself for a bitter siege, Martha's loyalty is divided, her love for Vadim tested to its limit... and may prove to be yet another casualty of war.
more
Amazon Other stores
Bookmark  Rate:

'Wolfsbane' is tagged as:

The 'Tales of a Traveler' series

Wolfsbane
Wolfsbane
(Tales of a Traveler #2)

Hemlock
Hemlock
(Tales of a Traveler #1)

All books by N.J. Layouni  ❯

Buy 'Wolfsbane' from the following stores: