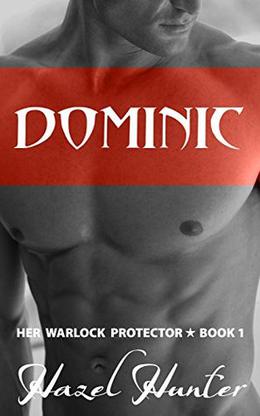 *** For a limited time, you can get Sebastian: Her Warlock Protector Book 2 for free. Just copy and past http://hyperurl.co/totdcq into your browser. ***

Timid but tough Sophia Chambers has finally found the perfect job for her strange ability. As a private detective’s assistant, she trails and photographs people with ease, because she can make herself unseen. But when she stumbles into the arms of Dominic Berrett, she finds she no longer wants to hide.

Though Dominic’s stunning looks could easily make him a model, he’s the farthest thing from it. As a warlock and captain in the Magus Corps, he’s been deployed to bring Sophia into a witchcraft fold that she doesn’t even know exists. Despite his five-hundred years as an immortal, he discovers something unexpectedly captivating in the beautiful but shy young woman.

But when her deadly past catches up to her and an ancient enemy of witchcraft emerges, their newfound passion strains to the breaking point. Though Dominic would do anything to keep her safe, he can’t protect someone he can’t see. Little does he know that her disappearance isn’t her own doing.
more
Amazon Other stores
Bookmark  Rate:

'Dominic: Her Warlock Protector Book 1' is tagged as:

All books by Hazel Hunter  ❯

Buy 'Dominic: Her Warlock Protector Book 1' from the following stores: