Anything But Mine (When You're Gone #1) 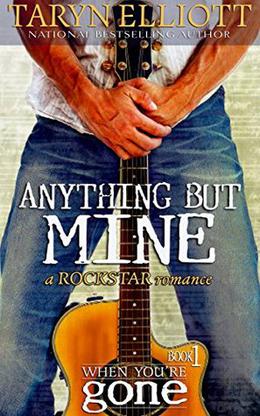 BOOK ONE in an all new TRILOGY

Rock star Logan King has come home to Winchester Falls for the annual Summer Festival. Only this time he's hauling a helluva lot more baggage than a few suitcases and vintage guitars. His closet contains more than the usual skeletons…and if he doesn't keep the door firmly locked, someone might get harmed. The specter of what haunts him forces him to turn away from anything more than one-night-stands.

Until Izzy and her topaz eyes finally give him a reason to try again.

Since moving to town Isabella Grace has found friends and a place to belong for the first time in her life. Running the Summer Festival is the perfect way to show how important her new community is. She just never planned on a whirlwind fling with a man too used to saying goodbye. Or to fall for a guy who has as many secrets as he does hit songs.

Logan is used to protecting himself, but protecting Izzy is all new territory. With everything that matters to him at risk, he refuses to let her get hurt—even if that means he has to walk away. For her own good.
more
Amazon Other stores
Bookmark  Rate:

'Anything But Mine' is tagged as:

The 'When You're Gone' series

Similar books to 'Anything But Mine'

All books by Taryn Elliott  ❯

Buy 'Anything But Mine' from the following stores: