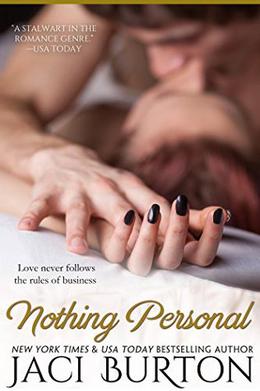 Multi-millionaire casino owner Ryan McKay needs a bride in a hurry, and the one he chose has just backed out, which means he could lose his company within hours. He doesn’t know the meaning of the word failure, so he’s scrambling for Plan B and not happy that the ridiculous terms of his grandfather’s will have backed him into a corner.

So when his shy but dedicated executive assistant Faith Lewis tells him she’ll do everything in her power to make sure he succeeds, she’s shocked to realize Plan B = involves her—in other words, he wants to marry her. Like right now.

Faith reluctantly agrees, burying the heavy crush she’s had on Ryan for years. But the shy virgin is going to have to live with, sleep with, and reveal so many secrets to the enigmatic man who sees this as a logical business deal. Faith’s been holding out for love, and that four letter word isn’t in Ryan’s vocabulary after being raised by a cold, loveless family.

But love very rarely follows the rules of business or logic, and this business deal is about to get very personal.


About the Author
Jaci Burton is a USA Today and New York Times bestselling author who lives in Oklahoma with her husband and dogs. A lover of sports, Jaci can often tell what season it is by what sport is being played. She watches entirely too much television, which she considers “book research”. When she isn’t on deadline, Jaci can be found at her local casino, trying to become a millionaire (so far, no luck). She’s a total romantic and loves a story with a happily ever after, which you’ll find in all her books.
more
Bookmark Rate Book
Amazon Other stores

Similar books to 'Nothing Personal'

All books by Jaci Burton  ❯

Buy 'Nothing Personal' from the following stores: