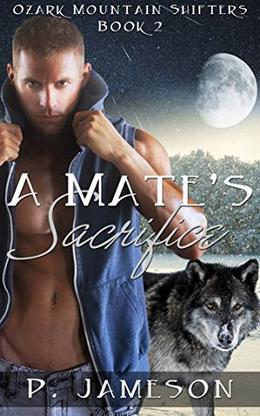 Vesh is a ferocious and cunning guard, and second in command of the Ozarka pack. But he didn’t get that way overnight. The cruelty was bred into him, passed along the generations on his mother’s side. His wolf side. When the alpha sends him to spy on the drifter, Trager, and his new mate, Vesh vows to make their life hell… and possibly steal the luscious Kerrigan away from a wolf who isn’t good enough for her. His plans fall to pieces when he comes face to face with the bold and lovely Braeh, who by some ironic twist of fate, is not only Kerrigan’s sister, but his mate.

It’s been four years since her sister moved to the lower 48, leaving Braeh to deal with small town Alaskan politics. And their father’s controlling ways. When things get crazy at home, she decides a visit south is just what she needs. What she finds in Missouri is a sister mated to a mythological creature, herself in the middle of a turf war fueled by revenge, and… a wolf whose sadness unlocks the portions of her soul she’d swore to never open again.

'A Mate's Sacrifice' is tagged as:

Similar books to 'A Mate's Sacrifice'

Buy 'A Mate's Sacrifice' from the following stores: