The Witch and the Englishman (The Witches Series #2) 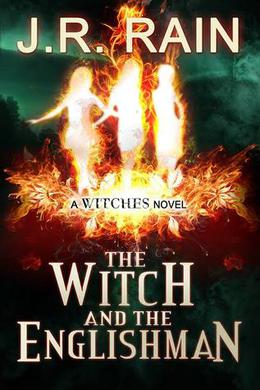 Witch and psychic Allison Lopez returns in THE WITCH AND THE ENGLISHMAN...and her powers are stronger than ever, thanks to her close association with an immortal friend, and her coaching by a ghost witch. In book #2 of this series, Allison is asked to look into a murder mystery that's much, much more than she ever bargained for. Luckily, she's not alone in her battle against an ancient evil.

On the Psychic Hotline, Allison speaks with an Englishman whose daughter is in big trouble. When Allison meets him, she learns that his daughter has been arrested for a murder she can’t remember. Allison also discovers that his hundred-year-old house has a dangerous entity living within...and it's not the first time something bad has happened here. Allison enlists the help of her new friend, Ivy Tanner, a Hollywood actress, to get to the bottom of the haunting of the house on Mockingbird Lane. They must hurry before evil befalls the charming Englishman.

THE WITCH AND THE ENGLISHMAN is 31,000 words, which is about 150 published pages. It's the second novel in a bestselling supernatural series.
more
Amazon Other stores
Bookmark  Rate:

'The Witch and the Englishman' is tagged as:

The 'The Witches Series' series

Similar books to 'The Witch and the Englishman'

More books like 'The Witch and the Englishman'   ❯

Buy 'The Witch and the Englishman' from the following stores: