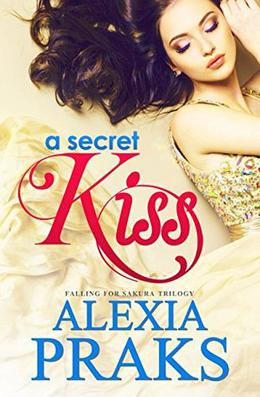 This is a reverse harem romance, which involves multiple men falling in love with one heroine. If you like a contemporary romance with seven bishonens heroes pursuing one pretty young woman with all the love, angst, and drama that you’d expected from this genre, then this is the book for you.

One young woman.
Seven brothers.
When she falls in love with two,
which brother will she choose?

In Japan, Sakura is the beautiful cherry blossom that blooms vibrantly in spring and symbolizes the insightful Buddhist phrase mono no aware, which means the pathos of things, a metaphor for the ephemeral nature of life. FALLING FOR SAKURA is the story of Caucasian-Japanese Sakura, her journey to finding herself, and her torn love for two very different brothers, Sebastian and Darcy Princeton.

Orphan Sakura, with no last name, is accustomed to being rejected, hated, bullied, and unloved. When she is adopted by the wealthy Princeton family, her seven brothers refuse to accept her, and her two sisters constantly bully her. Instead of admitting defeat, she gladly takes on her new life with a brave face, working hard to earn her new siblings’ trust and love. Her endeavor, however, ultimately leads to a series of unfortunate incidents.

Now years later, the twenty-three-year-old beauty dreads the moment she once again has to meet the drop-dead gorgeous brothers, due to arrive for their cousin’s wedding. Dodging their very presence is next to impossible since the brothers, who have forgotten who she is entirely, are attracted to her like moths to a flame and thwart her escapes at every turn. This, of course, leads to ungodly, tempting situations, awakens forbidden feelings, and ignites old flames that have been suppressed and laid dormant for many years. When she finds them competing for her— NOT for her sisterly affection, which she still deeply craves, but for her love as a woman —she is torn between Sebastian Princeton, the brother who loves her and watches over her from a distance, and Darcy Princeton, the brother who was once her best friend and now secretly yearns for her forgiveness and her love once again.

Darcy grabbed Sakura by the arm and pulled her along with him into the walk-in closet. She tried to breathe normally, but it was difficult with him squishing her against the wall. She could feel him against her—his long, muscular legs, his firm chest, his warm breath on her, and even that private part of his as well. She blushed in the darkness.

Conrad laughed. “Then we have plenty of time to sneak around.”

Sakura felt Darcy’s body stiffen. She wanted to laugh at Conrad’s words. It was so like him to do just that, poking around his brother’s room.

“I can’t find it!” Conrad announced.

“Shit!” Darcy swore under his breath. The closet door yanked open, and Darcy thrust himself in farther, squeezing Sakura even more against the wall.

Sakura’s face was literally snuggling against Darcy’s chest. His presence, his warmth, and his smell—they all brought back that wonderful feeling she always had when he was near her.
more
Amazon Other stores
Bookmark  Rate:

'A Secret Kiss' is tagged as:

The 'Falling for Sakura Trilogy' series

Similar books to 'A Secret Kiss'

Buy 'A Secret Kiss' from the following stores: