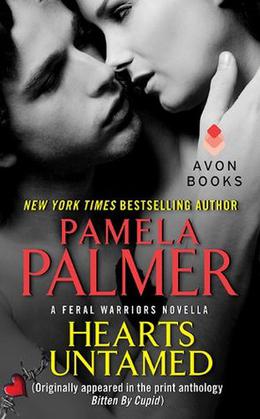 Originally appeared in the print anthology Bitten By Cupid.

Ten years after he spurned Julianne's declaration of love and then vanished, Zee's back—only this time he's the one being rejected. Now, in the midst of a Valentine's Day celebration, he's realized she's more beautiful than ever…and just as stubborn.

Julianne's in desperate straits, and involving Zee could jeopardize his immortality. But he won't take no for an answer. Can Julianne pretend that he's not the love of her life and make him believe she no longer cares? Or will denying him—and her heart—be the hardest thing Julianne has ever had to do?

'Hearts Untamed: A Feral Warriors Novella' is tagged as:

All books by Pamela Palmer  ❯