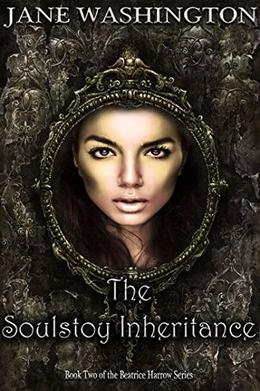 Exiled for a treason that she did not commit and estranged from her friends, Beatrice Harrow finds herself caught up in the politics of her unwanted kingdom. With the looming Throne Test and a High Council to contend with, she soon discovers that the Synfee Empire without Nareon is a dangerous, duplicitous place. It feels as if her grip is slipping, with Nareon mysteriously gaining strength and an invisible enemy threatening her from both sides of the border. How long will it be until the whisperings of war on the horizon become a reality, and she is forced to step into the role that she has been avoiding? And will Hazen Read, the newly crowned ruler of the Human Empire, stand with her?
more
Bookmark Rate Book
Amazon Other stores

Similar books to 'The Soulstoy Inheritance'

Buy 'The Soulstoy Inheritance' from the following stores: