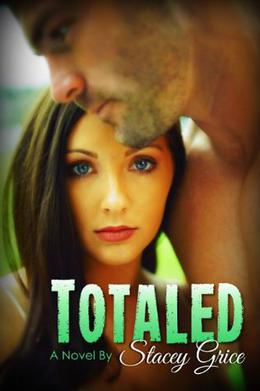 Totaled is a full length (112,000 words) new adult, contemporary romance novel. It is not recommended for readers under the age of 18 due to sexual situations, mature content, and explicit language.

Bree Murphy is stuck. Forced to grow up too fast after the tragic death of her mother, she has little time for any sort of life for herself. Now in her early twenties, she is coming to the realization that she deserves to put herself first.

Drew Dougherty is also stuck, in a state of merely existing. Memories and secrets of the day he lost both of his parents haunt him, forcing him to cope the only way he knows how...by fighting.

When these two worlds collide, hidden truths are revealed and relationships are put to the ultimate test. At a crossroad in their lives, they must decide if taking a risk is worth everything.

Or will their love be…

'Totaled' is tagged as:

All books by Stacey Grice  ❯

Buy 'Totaled' from the following stores: