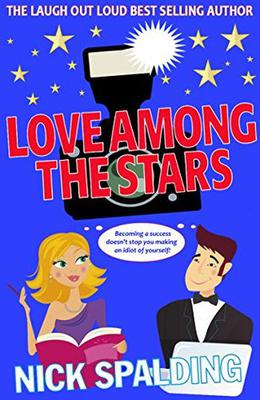 Sometimes, the hardest part of becoming a success is keeping a straight face...

Jamie and Laura Newman have recently become quite the successful - and mildly wealthy - couple, thanks to the fact they've managed to write a series of popular romantic comedies together. This has come as a complete surprise to the hapless pair, and is - needless to say - a turn of events neither is in the slightest bit equipped to deal with.

They get invited to posh events where they feel endlessly out of place, have long lost relatives turn up out of the blue, raise an aspiring diva for a daughter, and go on holiday to exotic places they really have no place being. It's enough to make anyone crawl under the nearest rock.

If you're Jamie, you also get to turn 40 - and there's not a damn thing he can do to stop it. As for Laura, well let's say that just because you can afford to purchase expensive beauty products, it doesn't necessarily mean that you should .

'Money can't buy you happiness' as the old saying goes. Nor can it stop the Newmans being the Newmans , with all their quirks, eccentricities - and the uncanny ability to embarrass themselves in public at the drop of a hat.

LOVE... AMONG THE STARS is the fourth book by Nick Spalding about Jamie & Laura, and is full of the warts-and-all, laugh out loud comedy you've come to know and love.

Reviews for Nick Spalding & Love... From Both Sides:

'Spalding made headlines when Amazon revealed he was one of their best selling authors, selling over 400,000 copies on Kindle. It was obviously only a matter of time before someone snapped him up.' The Daily Mail.

'Nick Spalding managed to make me laugh until my sides hurt and I had tears running down my face.' Shaz's Book Boudoir Blog

Similar books to 'Love...Among The Stars: Book 4 in the Love...Series'

Buy 'Love...Among The Stars: Book 4 in the Love...Series' from the following stores: