Baehrly Bitten (Goldie Locke and the Were Bears #2)

by Elizabeth A. Reeves 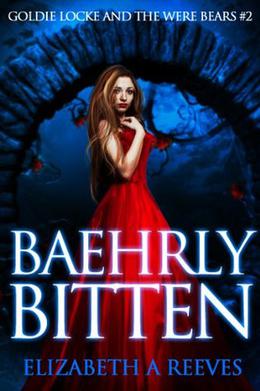 Goldie's life has been in upheaval ever since a bite from a were bear has rendered her caught somewhere between were and witch. As she struggles with this transformation she is hired to find heiress Paige Turner, whose kidnapping involves vampires, ancient legends, and a series of brutal murders.

Does Goldie have the strength and courage to face the danger that lies ahead in rescuing Paige, when she herself is trying to adapt to her new way of life?

With the whole world hanging in the balance, she has no choice but to try.
more
Amazon Other stores
Bookmark  Rate:

'Baehrly Bitten' is tagged as:

The 'Goldie Locke and the Were Bears' series

Recent books by Elizabeth A. Reeves