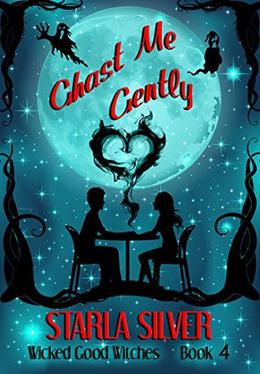 Hell hath no Fury like a Witch Bride Scorned...

Eva Jordan's father goes missing and the cause is believed to be supernatural in nature. But can Eva be trusted? Is this another trap set for the Howard Witches? Or is there an even more threatening force at work on The Demon Isle?

Melinda is under a newly self-inflicted house imprisonment sentence. But no one knows why and she’s not talking. Especially not to her friend and confidant, the vampire William Wakefield. Why? She just can’t talk about guy she likes with the vampire she’s not supposed to love.

Meanwhile, the Howard brothers, Charlie and Michael, get an urgent call on the Mack line. The direct phone line from the Demon Isle sheriff that rings straight to the phone in the Howard’s kitchen. Except for the first time ever, it’s not Mack calling. It’s Eva Jordan, and her father is missing.

Charlie senses something isn’t right after Eva explains how her father disappeared. But it’s his duty to deal with supernatural trouble on the Isle so he heads off to save his mysterious damsel in distress once again. Both Michael and William aid in the island wide search, as well as Emily Morgan… who gets to interrogate her first witness on behalf of the Howard’s. Can she stay out of life-threatening trouble this time?

While they’re out trying to solve the missing person’s case, Melinda awakens from a terrible dream, one she knows is prophetic and needs to be acted upon now. She cannot wait for her family or two lives will be lost. The only problem, it sends her right back into the arms of the molasses eyed motorcycle man she’s forbidden to ever see again…

'Ghast Me Gently' is tagged as:

Similar books to 'Ghast Me Gently'

All books by Starla Silver  ❯

Buy 'Ghast Me Gently' from the following stores: