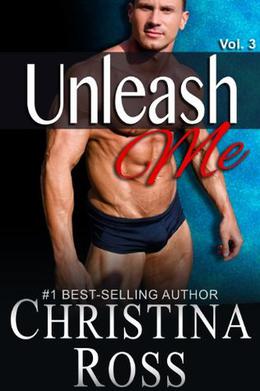 Note: You must read Volumes 1 and 2 before reading this final volume.

Description : A threat. An assault. An abduction.

With Lisa Ward's life now fully on the line, the question remains--who wants her dead? Is it her ex-boyfriend, Kevin, a homeless drunk addicted to meth? Or is it her former editor, Marco Boss, who has been cast to the bitter edges of revenge due to his firing? Or because of Lisa's rising fame--and all the pitfalls that come with it--could it be something else entirely?

In this final volume of the "Unleash Me" series, nothing is what it seems. Surprises are at every turn. Some might think they know who has threatened Lisa, but they'll guess again. And when they do guess, they'll never believe the reasons why she's wanted dead. Nobody will see that.

As the twists turn and Lisa's world darkens, her life is thrown off balance in ways that send her into a fiery whirlwind of the unknown. Will she survive? Will Tank survive? Or will one of them die so the other can live?

In "Unleash Me," clichés are tossed aside in an effort to leave readers breathless--and, in the end, speechless.

This is the final book in the Unleash Me series. Look for "Annihilate Me: Wedding" to come next from Christina Ross!
more
Amazon Other stores
Bookmark  Rate:

The 'Unleash Me' series

Similar books to 'Unleash Me, Vol. 3'

Buy 'Unleash Me, Vol. 3' from the following stores: