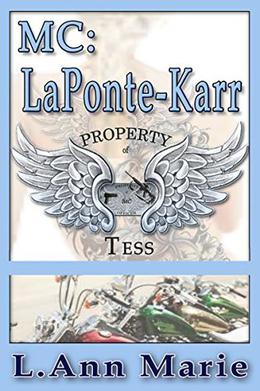 Rich spent his teenage years in the MC and decided to become a soldier. The MC sent him to the military for training; he made it through BUDS and onto the elite group of satellites. One or two satellites travel with the SEALS but have different objectives and missions. They work alone with little support from the SEAL team. Saving a village of women and children earned him a medal of valor. Because of his age he was awarded the medal by the President at a ceremony in the White House. It was then he asked his MC President and VP to retire and come home. With his new brothers and sister’s adoption being final he wants to be near them. He was relieved when they expected him back in the MC taking over the second spot in Security on his release from duty.
Rich does everything with his roommate/Brother Patches, including bedding women. Patches loves Rich's family as if they are his own. He helps take care of the Little Brothers and sister daily ensuring the kids are taken care of in a manner they deserve after being treated so badly before the adoptions. Patches lost his family when he was young; he makes sure his new family feels the love he never did growing up. With the two Brothers doing everything from homework to skiing, the siblings form a bond that runs deep and true. They all fit together as if they are blood.
At work Rich is challenged because of his age. He's had to prove himself before the older Security personnel and MC soldiers took him seriously and followed his orders. Even after two years he still has Brothers testing his patience.
When his club buys a woman from the rival Outlaw’s he finds work is not the only challenge he has to face. Falling for an abused woman and being dominant by nature is not an obstacle he's confident he can overcome. Her eerie dreams pose problems and save lives. She puts her life and their love on the line for the men she loves.
more
Amazon Other stores
Bookmark  Rate:

'MC: LaPonte-Karr' is tagged as: