The Man of the Desert (A Romance) 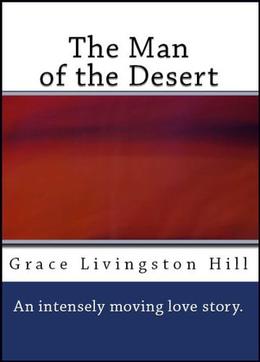 In The Man of the Desert, John Brownleigh has lived the lonely life of a missionary for three years, ministering to his flock of Indians in the desert. Although he has longed for companionship, he knows it will take a special type of woman to live his chosen life with him. Then, Hazel Radcliffe arrives in Arizona by private car on a passing train. She plans to stay for only one day, but circumstances throw her into deep trouble. Saved by Brownleigh, she feels an immediate attraction for the strong dedicated man.

Grace Livingston Hill (April 16, 1865 — 1947) was an early 20th century novelist and wrote both under her real name and the pseudonym Marcia Macdonald. She wrote over 100 novels and numerous short stories. Her characters were most often young female Christian women or those who become so within the confines of the story.

Hill's first novel was written to make enough money for a vacation to Chautauqua in New York while the family was living in Florida. Lack of funds was a frequent motivator, particularly after the death of her first husband left her with two small children and no income other than that from her writing. After the death of Hill's father, her mother came to live with her. This prompted Hill to write more frequently. During and after her failed ten-year marriage to second husband Flavius Josephus Lutz, a church organist 15 years her junior, she continued to write to support her children and mother. Although they never did get divorced, Grace Livingston Hill stopped using his surname after he left in May 1914.

Although many of her earlier novels were specifically intended to proselytize, Hill's publishers frequently removed overt references to religious themes. After her publishers realized the popularity of her books, references to religious topics were allowed to remain, although she later modified her writing style to appeal to a more secular audience. The last Grace Livingston Hill book, Mary Arden, was finished by her daughter Ruth Livingston Hill and published in 1947.

Hill's messages are quite simplistic in nature: good versus evil. As Hill believed the Bible was very clear about what was good and evil in life, she reflected that cut-and-dried design in her own works. She wrote about a variety of different subjects, almost always with a romance worked into the message and often essential to the return to grace on the part of one or several characters.

If her clear-cut descriptions of evil in man and woman were Hill’s primary subjects in her novels, a secondary subject would always be God’s ability to restore. Hill aimed for a happy, or at least satisfactory, ending to any situation, often focusing on characters' new or renewed faith as impetus for resolution.
more
Amazon Other stores
Bookmark  Rate:

'The Man of the Desert (A Romance)' is tagged as:

Similar books to 'The Man of the Desert (A Romance)'

More books like 'The Man of the Desert (A Romance)'   ❯

Buy 'The Man of the Desert (A Romance)' from the following stores: