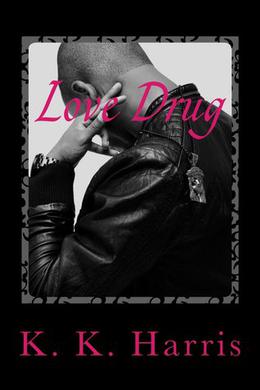 When a plus-sized Nubian business owner stops seeking love to enjoy having a little fun for a change meets the sexy yet mysterious self-sufficient local bad boy with no intentions of settling down any time soon cross paths, will they take a chance and become hooked on this Love Drug or deny the cravings of their souls to selfishly protect themselves from becoming addicted?

Nicole “Nikki” Davis is a 24-year-old plus sized beauty with certain insecurities. She is what some may calla simple beauty but can be hardcore if pushed, sweet on the inside with hard shell on the outside. She is kind and generally enjoys pleasing those around her whom she cares for. Although Nicole has the qualities to be considered as wife material, she has no love interest and not many opportunities knocking at her door.

Broderick “Brock” Walker is a 32-year-old complex thuggish pretty boy if ever there was one. He is not the typical thug; he takes pride in his appearance so no sagging, slouching, and grimy look for him. Just by his appearance, he is the epitome of the saying; there is more to this book than just the cover. Because of a messy break-up recently from a long-term girlfriend, who does not know when to give up, he is not interested in another relationship at the moment.
more
Amazon Other stores
Bookmark  Rate:

The 'The Crew' series

All books by K. Harris  ❯