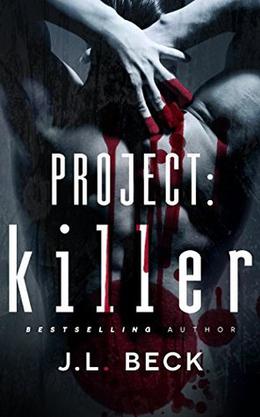 Best Selling Author J.L. Beck brings you a dark, and compelling story that leaves you hanging off the edge of your seat from the very first page.

"Her eyes grew wide, full of shock and fear. I could practically see the lie forming in her mind. I wanted to smile, but instead, I wrapped my hand around her throat."

In her eyes, he would always be the same…

Twenty-four-year-old Maggie Jacobs had lived a life of heartache and pain. After losing the one and only man she ever loved to incurable cancer, she went on to take a job working for PGI Corporation in hopes she could find a cure in honor of him one day. Little did she know her very working there could be the difference between life and death.

Killer was just that—a killer. He lived for the moments when he could break bones and bring other’s nightmares to life. After all, isn't that what they wanted from him? Genetically altered by the government, stripped of all his own memories, Killer heads down a dark and dangerous road. Memories evade his mind, but nothing sticks out quite like the girl in his dreams. With her dark brown hair and eyes, she’s a danger to his heart, but a victim to his rage. He knows she has the answers to his past. If he gets his hands on her, she will never be seen again.

Secrets, lies, and the sweetest of betrayals encompass them. Can Killer find his way through the rage and back to Maggie or is it too late? Can someone who is hell bent on being broken truly be saved?
more
Amazon Other stores
Bookmark  Rate:

'Project: Killer' is tagged as: