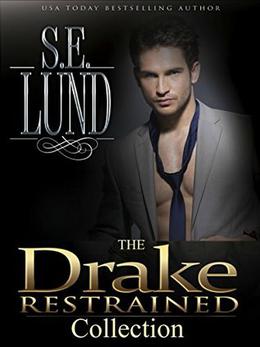 Drake Morgan, MD, Neurosurgeon, bass player, philanthropist – Dominant. He doesn't do girlfriends, he doesn’t do sleepovers, and he certainly doesn't do breakfast in bed the morning after. He has his surgical slate at New York Presbyterian, he has a charitable foundation providing surgical tools to hospitals in Africa, he has his Brit Invasion cover band, Mersey, and he has his secret life as a Dominant in Manhattan's BDSM community. Into bondage, D/s and the occasional dungeon scene, Drake keeps every part of his life separate, the divisions between them neat and tidy. His weeks are filled with surgeries, music and D/s sex, and none of the well-planned and scheduled parts of his life intersect. That is until Kate McDermott crosses his path and screws everything up. Now, nothing is neat and tidy anymore, for Drake is smitten and things are going to get messy… ***Note*** The Drake Series is The Unrestrained Series told from Drake's point of view. It includes brand new material as well as scenes from The Agreement as seen through Drake's eyes. The series is intended for 18+ due to explicit content.
more
Amazon Other stores
Bookmark  Rate:

'The Drake Restrained Compete Collection: Part 1 - 4' is tagged as: