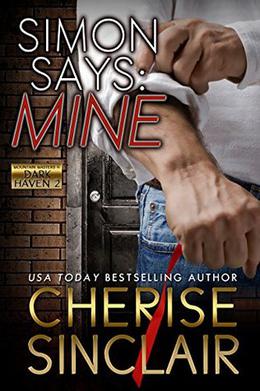 With an empty nest and divorce in hand, Rona decides it's time to explore the fantasies that nourished her through a long, tedious marriage to a man whose idea of outrageous sex was leaving the lights on. At the top of her fantasy list is touring Dark Haven, the BDSM club, but she isn't prepared for the effect of a powerful Dom. When Master Simon takes control and introduces her to toys and sensations she's never felt before, she realizes he could fulfil every fantasy on her list all by himself. But she's vowed to never get trapped in a relationship again.

One of the most popular Doms in Dark Haven, Master Simon has had his fill of eager, shallow, young subs. Rona is older, intelligent, independent...and sweetly submissive. After an evening of intense pleasure and despite her obvious attraction, she refuses to see him again. He needs a way to change her mind. She's not the first sub he's taken on a journey of exploration, but he's beginning to think she might be the last.
more
Amazon Other stores
Bookmark Rate Book

Similar books to 'Simon Says: Mine'

Buy 'Simon Says: Mine' from the following stores: