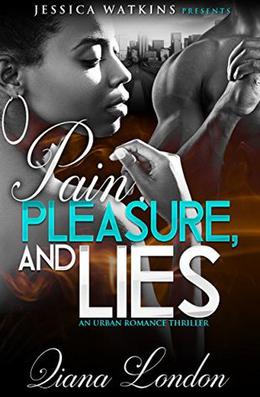 Dezzy Tucker has bad taste in men. At least that's the way it seems after she loses eight years of her life in a dead-end relationship. Newly single, she's hesitant to put herself back out there. After all, she's lost faith in men. That is, until she meets him. She didn't expect to meet a man who would ultimately change the course of her life. He's everything she's always wanted in a man... or is he?

To those around him, Diandre appears to be the perfect package: successful, attractive, charming and only has eyes for her. But when bits of his past start to emerge, the woman he supposedly has eyes for soon learns that everything about her knight in shining armor isn't always as it seems. In fact, it's more than she ever bargained for.

When it seems as though her life couldn't get any better, scandal begins to unfold. Loyal to a fault, Dezzy does what she has to do for those she cares about. But what she soon finds out is that some of those closest to her can't be trusted.

Faced with the ultimate betrayal, she finds herself in unforeseen danger. Every second counts and each move she makes is critical. It's a matter of life and death.

Buy 'Pain, Pleasure, and Lies: A Urban Romance Thriller' from the following stores: