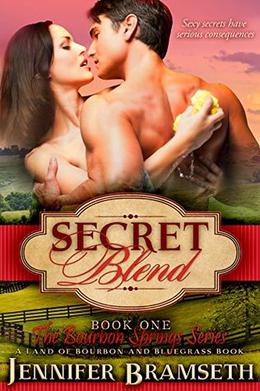 Sexy secrets have serious consequences in little Bourbon Springs, Kentucky—in the heart of the Land of Bourbon and Bluegrass…

When longtime friends and courtroom rivals Rachel Richards and Brady Craft get appointed to the bench in Bourbon Springs, Kentucky, tempers flare as they are forced to share chambers.

Working closely with the obstinate-yet-sexy Brady is not an attractive idea to Rachel—although she has to admit that Brady himself is pretty damned attractive.

Rachel doesn’t have to run for office to keep her judgeship, but Brady does. He draws a formidable opponent, Hannah Davenport, a wealthy co-owner of Old Garnet Distillery, where some of the finest Kentucky bourbon is crafted north of town along Old Crow Creek and near the historic springs which gave the town its unique name.

And Hannah just happens to be Rachel’s best friend.

As the judicial race heats up, so does the long-simmering attraction between the judges—so they decide to keep their relationship a secret to protect reputations and friendships.

But can any secret be kept in little Bourbon Springs, Kentucky, where the bourbon and gossip both flow freely?

'Secret Blend' is tagged as: