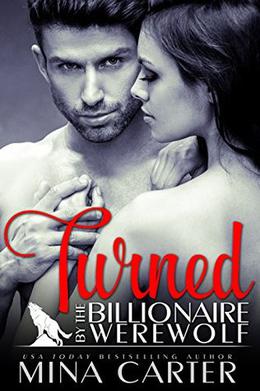 She's bartered her body to the big, bad wolf...now she's in danger of losing her heart as well.

In return for dealing with her brother's vampire problem, Eva belongs to the Alpha of the Kingwood pack, and billionaire werewolf, Alex. The sex is scorching, and Alex as powerful and charismatic as she'd remembered him. An overbearing asshole she can deal with, but when the mask slips, her heart might end up a casualty of their little war too.

One weekend, that's all he'd thought he needed. Now a lifetime won't be enough...

Alex has Eva, the woman he's lusted after for years. Sex. That's what he'd told himself was what he needed. He'd get her own from under his skin and get rid of her. But things don't go to plan when long-buried emotions get involved.

Then someone else has issues with their arrangement, and Alex finds himself making the hardest choice of his life. Save her, kill her, or condemn her to a fate worse than death?

'Turned by the Billionaire Werewolf' is tagged as:

Similar books to 'Turned by the Billionaire Werewolf'

More books like 'Turned by the Billionaire Werewolf'   ❯

Buy 'Turned by the Billionaire Werewolf' from the following stores: