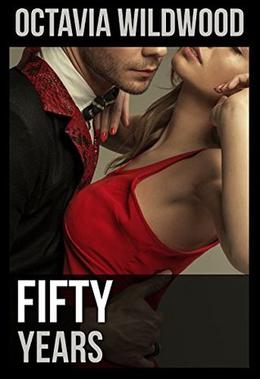 In an instant, everything changed.
When River Sloan walked into Liana's life, he changed it forever. Hers was a rags to riches story - one with submission and kink and fiery passion.
Everything was going great until her past caught up with her. At her boyfriend's insistence, Liana returned home to see her estranged parents. That was when everything went to hell.
Amidst threats of blackmail and eternal damnation, River was supposed to be Liana's rock. He was supposed to be the one person she could count on to always have back. But he wasn't there for her.
How could Liana's relationship with River be so good one moment and in ruins the next? How could he encourage her to be vulnerable only to turn on her?
Maybe she didn't know him as well as she thought. Maybe she was foolish to trust him with her heart. Maybe she was stupid to think that something good could actually happen to someone like her...

It is the third part of the Fifty trilogy.
more
Amazon Other stores
Bookmark  Rate:

'Fifty Years' is tagged as: