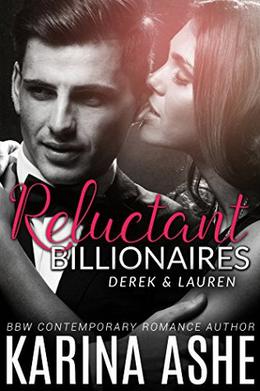 Curvy billionaire heiress Lauren Daniels has broken free and purchased a small home away from her protective father and interfering mother. Added benefit to the new digs: No one in the modest neighborhood knows about her connection to the family fortune, so she can finally trust that the people she meets like her for something other than her money or her father’s influence.

Derek Holmes has a landscaping business and is halfway to earning his first billion after leaving his father’s company and designating his own billion dollar trust fund inheritance for charity. Tired of dating spoiled rich brats and gold diggers, he keeps his success under wraps in a low-key trailer office..

When Lauren calls Derek for a landscaping estimate, they both think they’ve finally found someone who may be truly interested in the person, not the dollar signs. She’s drawn to his muscular laborer’s body, and he’s knocked out with her curves. Under the covers, the two secret billionaires are generating lots of heat, but will the truth about their pasts pour an icy water bucket on their budding romance?
more
Amazon Other stores
Bookmark  Rate: