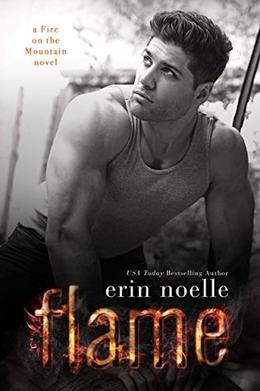 Flame (Fire on the Mountain #2)

After years of hard work and determination, I am exactly where I want to be in life. As the top ranked Freestyle Motocross rider in the world, I have more money than I could ever dream of spending and gorgeous women throwing themselves at me in every city I land. I have everything I want.

While in Breckenridge for my best friend’s wedding, I was introduced to Dakota Shavell, a friend of the bride-to-be, and from the very first moment our blue gazes met, a fire was lit inside of me. One that only she could contain.
What I initially intended to be a single steamy night together turned into a scorching two week road trip to New Orleans with a sassy-mouthed blonde who shot me with a bigger adrenaline rush while I was nestled between her legs than I’d ever felt flying through the air with a dirt bike between mine.

It was only meant to be a good time. Feelings weren’t supposed to get involved. I wanted to walk away unchanged.

But it was more. They did. And I’d never be the same.

Yet, I still walked away.

Now, I’m back to claim what’s mine…to show her that only she can make the fire inside me burst into flames.

*Though Flame is an interconnected book with Spark, both books can be read as stand alone novels.

**Intended for 18+ only due to explicit sexual situations and foul language.
more
Bookmark Rate Book
Amazon Other stores

The 'Fire on the Mountain' series

All books by Erin Noelle  ❯

Buy 'Flame' from the following stores: