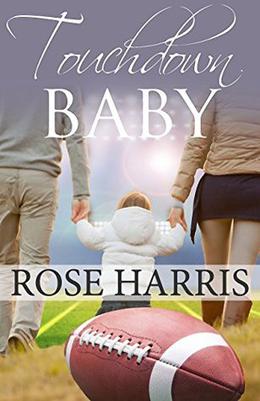 Jace Johnson has always lived the “golden” life from family to football. When a paternity scandal threatens to ruin his image, he turns to the one woman who knows the real man behind the quarterback façade.
****
Jace Johnson is the NFL’s Golden Boy. The first-round draft pick quarterback with an arm that will get him in the Hall of Fame. Everyone loves the humble, pretty boy. So when paternity papers are handed to him, the reality of his impending fall from grace makes him run to the one person who knows the real man.

Ava Banks is a working, single mother putting herself through college. Although the nine-to-five as a legal secretary is putting food on the table, it’s not the life-long dream job, but when she made the decision to raise her daughter alone, she knew she’d have to push herself for Ashlyn. What option did she have? A one-night stand with her best friend’s brother left her with an angel who deserves the world, not a father who would resent her. Or would he?

The last time Jace slept under Ava’s roof, he didn’t do much sleeping. Memories of that night haunt him, but Ava has a child now, and that means she’s off-limits. He needs her help for his own paternity issues. Will his situation cause Ava to refuse to help him or teach him that the love of a child is the Hail Mary pass everyone wants before the touchdown?
more
Amazon Other stores
Bookmark  Rate:

'Touchdown Baby' is tagged as: