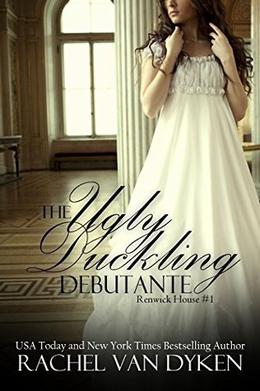 Since childhood Sara has lived with the reality of being ugly. Something her awful family never ceased to remind her. After her sisters run off to Gretna Green, she's left with one choice--go to London and take their place for a Season. It's up to her to marry well and save her family from financial ruin.

A distant aunt decides it's in her best interest to sponsor Sara for the season and help her snag a husband by any means possible.

Nicholas Devons, Earl of Renwick, is a retired rake and consequently bored with life. He's given up beautiful women and carnal pleasures. Desperation makes him decide to give his massive fortune away and marry the first country girl he sees.

Lucky for Sara she's that girl. Unlucky for Nicholas, he's to be her new tutor in the ways of the ton. Two waltzes, one masquerade, a violent carriage ride, and two duckless ponds later.... and all that's left is a fun twist on one of the oldest stories ever told
more
Bookmark Rate Book
Amazon Other stores

The 'House of Renwick' series