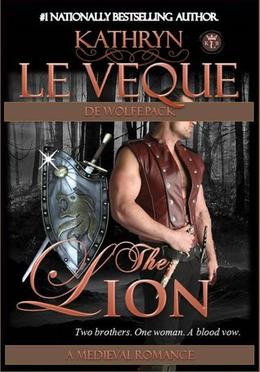 "The epic Medieval Romance is back - thanks to Kathryn Le Veque!" - Claire Delacroix, NYT Bestselling author

1461 A.D. - Two brothers and the best of friends. One is betrayed and murdered at the Battle of Towton by men who were supposed to be his allies. The surviving brother, Sir Atticus de Wolfe, promises to seek revenge for his brother's murder. The Lion of Northumbria, heir to The Wolfe's legacy, is now unleashed and seeking vengeance. No one is safe until his bloodlust is sated.

But there is the matter of his brother's widow, Lady Isabeau de Shera de Wolfe. Will Atticus' vengeance stand in the way of falling in love with his brother's sweet and sexy widow? Discover the true meaning of the power of love in this great historical adventure of betrayal, passion, and retribution.
more
Amazon Other stores
Bookmark  Rate:

'The Lion: De Wolfe Pack' is tagged as:

Buy 'The Lion: De Wolfe Pack' from the following stores: