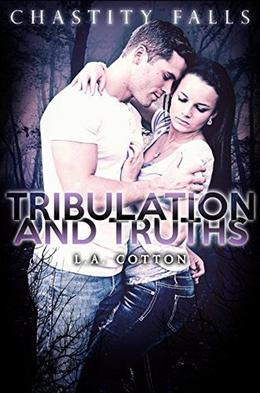 When Ana revealed her suspicions to Jackson about the circumstances surrounding his father’s death, she never expected it to be the catalyst for a series of events that could change everything. It was supposed to save him, not push him away. But now Ana is left watching the person she loves more than anything, lose himself to vengeance.

Jackson has spent most of his life loyal to the man he calls Uncle. But since learning that Marcus Donohue might have been responsible for the death of his father, Jackson is consumed with the need for revenge. Even if it means hurting the people he loves, and going against everything he believes in, to uncover what happened.

Will the truth finally set Jackson free or will it ruin his last chance at happiness with Ana… and a life out from under the shadows of the Donohues?

Tribulations will be overcome, truths will be revealed. Welcome to Chastity Falls.
more
Amazon Other stores
Bookmark  Rate:

'Tribulation and Truths' is tagged as:

Similar books to 'Tribulation and Truths'

All books by L.A. Cotton  ❯

Buy 'Tribulation and Truths' from the following stores: